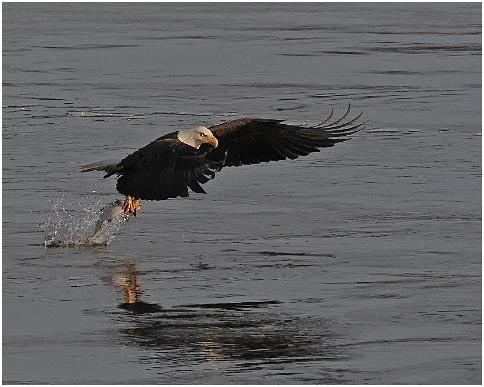 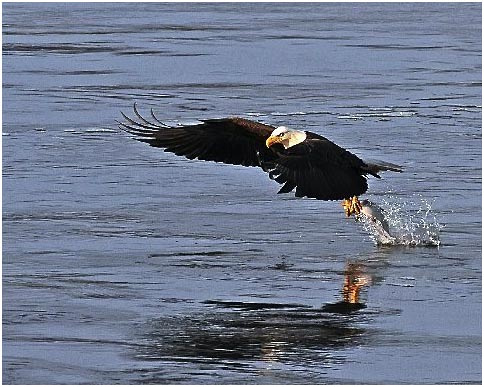 The first image of the eagle catching the fish below was posted on the DPS-Exchange, which is a members-only forum of the Delaware Photographic Society of which I am a long time member. It allows any member to post a photographic related item, such as questions, answers, comments, notices of photo ops and images such as these.

One of the highly experienced senior members posted his online critique with a supporting modified image, saying that it would look much better flipped horizontally since we in the western world read (see) from left to right. Usually he is correct in this assessment. In fact, he has been dubbed “Mr. Flipit.” He also increased the exposure, since the light meter had been skewed by the brightness of the water, which resulted in an underexposed (darker) image. Compare the “before” and “after” images to see what you think of his suggested changes.