The Greatest Show on Earth! 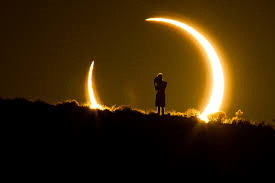 The 2017 Solar Eclipse will happen on August 21 and we are right in the middle of the path of the Moon's Shadow! The last time that the solar eclipse cast it shadow solely on the continental US was on June 13,1257, though purists may argue that it also went over the Hawaiian Islands. To find an eclipse that compares with the Great American Eclipse of 2017 you have to go back to July 29,436!  Like back then only the US will see the eclipse.(Credit: The Great American Eclipse Summer 2017)

Below is a list of Resources to help you view the event safely: